The Global Heart of Democracy

A global heart of democracy that pulses in the Earth itself is rising in human consciousness. We are so much more than consumers of the Earth’s bounty and spectators to its endless creativity, we are Divine participants. I want this web platform to offer alluring resources, blog perspectives, ‘sparks’ coming from people’s diverse voices, and images that reflect nature’s guidance. I want this platform to hold dreams big enough to expand hearts, entice curiosity, and renew the face of the Earth.

Sally was born in Atlanta, GA at a federal penitentiary where her father was a prison doctor. When she was 2 years old, her family moved to St. Louis, Missouri. In high school and college in the 60s, she worked summers in inner-city St. Louis housing projects. She experienced firsthand the callousness with which the Housing Authority behaved toward the families living in the projects. After college, Sally taught civics in that same area to 8th graders. She encouraged students to undertake learning projects that were meaningful to them. 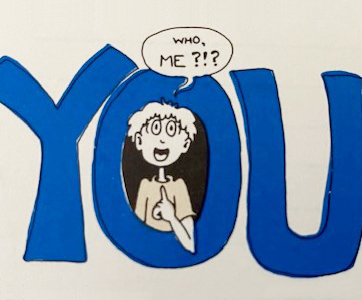 One 8th grade civics class was working on writing a proposal to get bus transportation to a roller rink across town. One student, glowering with hands folded tight across her chest, declared, “no one will listen to us.” A fire like lightning shot through me, and I fired back to the whole class, “it’s about time they start.”

As her students came alive with engagement she could see each student’s spark. She knew this unique ‘spark’ in children is what civics education had to elicit! Sally’s passion for teaching democracy in new ways prompted her to get a Master’s degree in Education with a focus on law from Harvard, and to co-author a five-book civics curriculum, Law in Action. Sally came to understand that the spark inside her students and in all people had to do with the Divine, and she wanted to help ignite those sparks ~ but how?

When Sally, her husband and their two daughters moved to New York City, she got a second master’s degree — in theology and spiritual counseling from General Episcopal Seminary:

As I contemplated being ordained a priest, my conviction to listen to people, rather than preach, grew crystal clear. For the next 10 years, I did spiritual counseling and initiated creative programs that explored the various expressions of spirituality.

While reading a speech by Václav Havel in the early 90s, Sally was lit up by his reference to ‘’planetary democracy.” Havel said,

“Planetary democracy does not yet exist but our global civilization is already preparing a place for it. It is the very Earth we inhabit, linked with heaven above us. Only in this setting can the commonality of the human race be newly created with reverence and gratitude for that which transcends each of us and all of us together.” 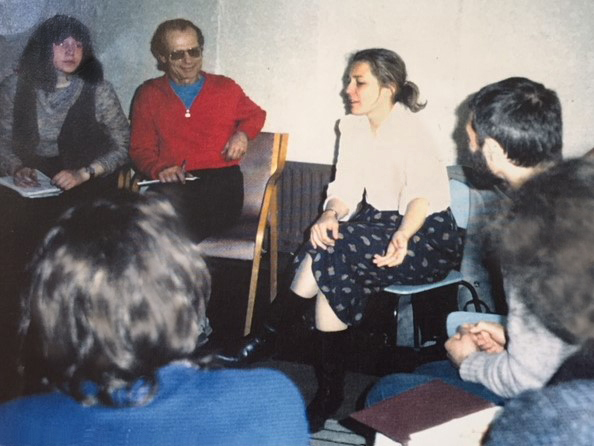 In 1994, Sally was invited to teach democracy in a public high school in Moscow. Unexpectedly, she was invited to speak with teachers at an alternative elementary school way out on the outskirts of Moscow:

These teachers, sitting in a building with plaster falling from the ceiling, had light in their eyes. We felt the thrill of discovery. They asked me questions like — can we teach democracy in kindergarten? What does it have to do with creativity? Isn’t it more than a system of government? Fire burned inside me. I knew they were right! Democracy was something more!

When the US began bombing Afghanistan and Iraq in 2003–2004, Sally was overwhelmed with dread and disgust that the US was exporting the worst example of what a democratic society was about. She decided to take time off to put together a book that treated democracy like a spiritual pursuit. A Greater Democracy Day by Day, a “daybook” collection of 365 quotations meant to lift spirit and deepen understanding of democracy, was published.

Her passion for democracy and spirituality came together in her decades of work with United Religions Initiative (URI). URI began with a vision to promote mutual respect, cooperation and peace among religions. A locally rooted and globally connected, interfaith, grassroots, inclusive, action-oriented organization was envisioned:

The response to this idea in those early years varied — there were those who felt the trends are with us, a new way for religions to treat each other is possible. Others said, “Impossible! People of [differing] religions have never come together.”

We were blessed that the right people showed up at the right time. To have spiritual perspective of one’s journey is to notice who comes to you — what is given as you work toward something that seems beyond your capacity and your understanding. All of us were way beyond our understanding about what were we trying to pull off in this world.

Sally is a URI founding staff member and currently a senior consultant with URI, a global interfaith organization with over 1050 local groups in 109 countries. URI’s global community is unified by a common purpose:  to cultivate peace and justice by engaging people to bridge religious and cultural differences, and to work together for the good of their communities and the world. Sally is co-author of a book describing URI’s early years, The Birth of a Global Community: Appreciative Inquiry in Action.

As URI Director or Organizational Development and then Global Programs, Sally found herself immersed in helping to create a spiritually rooted organization with high ideals and the normal, mundane complexities and challenges of growth and management:

I think what I brought to URI is that I believed in the vision. I had it in my bones. I felt that this new way of organizing came from my years of teaching civics and loving the sense that if you invite the people and honor them, give them some support, encouragement to do what they want to do, they will take leadership and do it. I brought assurance that the vision is working. People need to be seen for the creativity and know-how that they bring. URI values inclusion. Everybody’s welcome. Nobody’s kept out.

At this moment, a gift of Sally’s journey is to recognize how connected the pearls of her life really are. The thread that strings the pearls together is none other than spiritual democracy:

The pearls that I look back on didn’t seem like they had any logical future. Like spiritual democracy seemed so visionary and almost cosmic. Why even think of it? But the flame of this idea did not leave me alone. I believe at the heart of spiritual democracy is a flame. It’s the flame inside people that yearns for a better humanity, a better world. This is what binds us together.